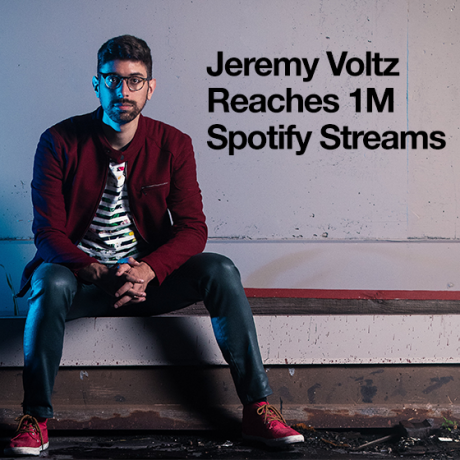 ‘ONE DAY AT A TIME’ REACHES 1 MILLION STREAMS ON SPOTIFY!

Canadian Indie Soul Artist, Jeremy Voltz has been writing music, recording, and performing for 18 years throughout Canada, the U.S., and abroad. His uplifting and empowering Indie folk song "One Day At A Time" just reached one million streams on Spotify. During such uncertain times, this timeless and universal song resonated with so many people giving them strength, hope and light.

If you are looking for more of Jeremy Voltz’s soulful music for a hybrid of folk, rock and pop songs that speak from the heart, check out his album Bend The Tracks from the Nightingale Music Library.

Known for his contemporary soul sound and huge voice, his songs bridge the gap between folk, rock, and soul. With a voice that is powerful, haunting and reminiscent of Jeff Buckley, Amos Lee, Hozier and Ray Lamontagne, Voltz has performed for huge crowds on some of Canada’s greatest stages, including the Sony Centre, NXNE, City Hall, Nathan Phillips Square, Koerner Hall, and live on the CBC. He has also toured internationally to the UK, Italy, Japan and across the US as a feature soloist with the acclaimed vocal group Countermeasure.