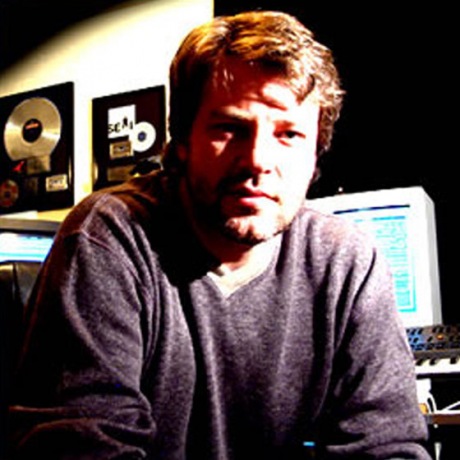 Aussie composer and technologist Mars Lasar, who joined ASCAP in 2006, has had a unique career that has influenced the evolution of technology and its relationship to music and composing. Lasar recently developed a new software system called Quantum Tracks, released by leading production music library APM Music, that is expected to change how editors work music into their audio-visual projects. ASCAP's Shawn LeMone recently talked to Lasar about his career and this exciting new technology and music library.

Lasar was obsessed with gadgets as far back as he can remember, going so far as to pull apart watches to figure out how they worked. At 11 his mother, who was an artist from Germany, introduced Lasar to music. His love for both music and gadgets quickly fused in harmony. According to Lasar, "I'd had extensive classical training and composed many themes on the piano, but I needed more and technology was the answer. So back in 1978 you'd find me with a simple cassette player, shortwave radio and a stopwatch. I put the cassette player in pause record, searched for the correct sound on shortwave, then hit record on the cassette player and used the stopwatch to determine when to stop. I'd do that over and over again for an hour to get a rhythmic sample of a shortwave radio sequence. I'd try all kinds of shortwave sampling combinations together with time combinations as long as a full second and down to 1/4 of a second with real neat results. Sequencing and sampling became my obsession. Multi-track sequencing, which did not exist at that point, and sampling was where I was destined to go."

Shortly after, he was introduced to synthesizers and monophonic sequencers by hanging out with guys who were obsessed with electronics, mathematics and music. Lasar was perfectly situated to become a pioneer in the music sequencer explosion that occurred in the late 70s. Lasar remembers, "By 1981, I was deep in the synthesizer/sequencing world along with Kraftwerk, Tomita and Tangerine Dream. I was in a band, IQ, with one other keyboard player, Ken Davis, and singer, Darpan. We dressed up in space suits and played space music on street corners. We became such a popular spectacle we opened for Midnight Oil, Split Enz (featuring the Finn brothers of Crowded House) and eventually Mike Oldfield during the Tubular Bells tour. As most struggling artists do, we huddled in small house and jammed. Then in the morning went off to our day jobs. In my case I was interior painting with my manager. One day we were painting and my manager was talking to the owner of the house about music, he mentioned he was in a show where there were two guys in spacesuits playing this awesome electronic music. My manager turned to me and said to him, ‘this is one of the members!' The owner of the house, Kim Ryrie, said he also owned Fairlight Instruments, the first computer software driven musical instrument manufacturer, and wanted me to come and work for him. I worked for Fairlight for eight years. During that time, we created the first multi-track sampler/sequencer."

"I spent countless hours building the first sample library. I composed many compositions using my sequencing method which was sent out to the world with the machines at $80,000 a piece. I demonstrated the Fairlight to many artists and producers including Alan Parsons, Kate Bush, Duran Duran, Herbie Hancock and many others at that time."

After Fairlight, Lasar came to Los Angeles in 1990 and worked for Seal and Hans Zimmer. He sequenced Seal's song "Crazy" with Trevor Horn and worked on Days of Thunder with Hans. Lasar relates, "At that point in my career I was focusing on composing and sound design. The reason I got to know all these guys is that they all loved the Fairlight. Lasar released his first album as a solo artist in 1991. Twenty albums later (see his discography at www.marslasar.com), Lasar is still a prolific composer.

Over the last eight years, Lasar has cultivated a relationship with APM as a composer and written and produced many library albums for them. This includes a series of titles through EMI Music Publishing and Castle Music. During this time, APM president Adam Taylor learned about Lasar's interactive music interface idea and recognized the potential value for both the company and industry overall. Taylor worked closely with Lasar to further develop the concept.

Lasar then introduced the concept for what has developed into "Quantum Tracks" to EMI Music Publishing Chairman and CEO, Roger Faxon. According to Lasar, "He immediately realized the potential value of our product not only for the library business but major artists. EMI asked for a demonstration using a very popular, awardwinning musician's tracks. As a result, they saw the tangible future in the method and built a partnership for product development. They recognized that fans would eat up the opportunity to remix their favorite artists on the fly and create their own custom tracks to share with friends."

Having an innovative technology that is being developed with and adopted by both APM for library music and EMI Music Publishing to deliver the music of popular artists in a new way is exciting for Lasar. "It is a music method I have been working on for 30 years. Quantum Tracks encompasses my career and the music method that I have developed over a lifetime. I am so excited about working closely with APM in expanding the way clients think of and use music."