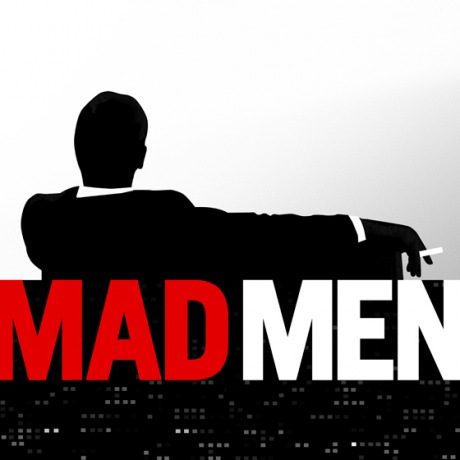 Much of the success of MAD MEN is the authentic 60s look and sound the producers capture so brilliantly. The period sets, the hairstyles, the bottomless martini glasses, endless streams of cigarette smoke, the suits and dresses worn to perfection. None of this would feel so authentic without the sound of the early 60s. And to create the sublime soundtrack and backdrop to the set of MAD MEN, the producers often turn to APM Music and the original and authentic recordings of Sonoton.

One of the most captivating episodes of season 4 was their brilliant “Christmas Comes But Once a Year” episode, full of office parties and pranks, couples darting in and out of board rooms, affairs beginning and ending just as quickly. Underscoring it all was a festive mix of holiday songs being spun on the office stereo turntable! Among them was a Sonoton cue arranged by the versatile vocalist and composer Carmen Lundy, a swing version of “Angels We Have Heard On High” for instrumental Jazz Trio. Christmas at the offices of Sterling, Cooper and Draper never sounded so jazzy and cool! The track appears on Christmas Stockings (SCD 617, Track #1).

A bit later in season 4, the mercurial Betty turns on her car radio and hears “Strings in Velvet”, a lush melody with romantic strings which sets up the next scene perfectly. This track can be heard on Really Cheezy (SCD 380), a collection of original 60s recordings featuring the best of the “beautiful sounds” of the 60s. “Strings in Velvet” (SCD 380, Track #23), was written by German composer Manfred Minnich in the early 60s - how fitting that this original piece should be playing on the car radio while Betty spies on Sally and Glen!