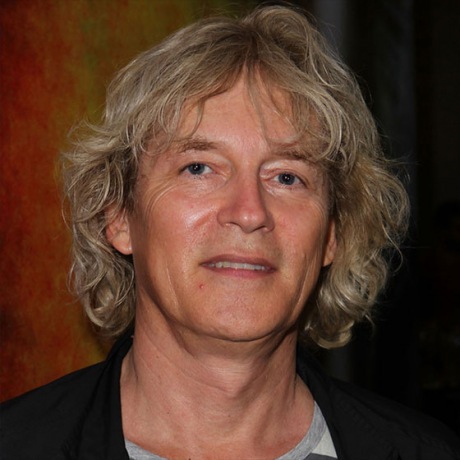 Q.        How did you make the transition from guitarist in a world class rock band to scoring for TV and Film?

A.        I always had an interest in film scores and the tremendous role music plays in bringing a visual image to life. While in Dire Straits, Mark Knopfler scored the film Local Hero.  I played guitar on some of the pieces and during the process I was able to garner great insight into the nuts and bolts of putting a film score together.

A while later I was asked to replace 5 cues on the Irish feature film Joy Riders which had already been scored by another composer. Those 5 cues turned into a total rescore of the entire film. With only 10 days to compose and record all of the music, it was certainly a baptism of fire.

Immediately after delivering that score I was offered an acting role in a BBC film called, Drowning In The Shallow End, and while filming, the director asked if I would  compose the musical score. Those two scores pretty much set the ball rolling for me as a film composer

Q.        What is one of the biggest challenges you face as a film composer?

A.        Trying to extract what I'm hearing in my head and make it fit to picture in an insanely short amount of time.

Q.        What advice would you offer to the aspiring composers looking to get into film scoring?

A.        Shake it up, get inspired, be adventurous and most importantly, enjoy yourself. As a film composer, the one rule I’ve learned over the years is that there are no rules to film scoring. Each film has it’s own particular quirks attached to it, and if the composer can remain open enough, then the film image will create the music for them.

Q.        What inspired the creation of the Guitar Heart album?

A.        Working with the visionary film director, Scott Hicks, on the acoustic based score for The Boys Are Back. While working on the score we found that the music seemed, chameleon-like, to take on the color of the scene it accompanied, rather than dictate it. It allowed the audience to find their own point of emotional connection. We wanted to explore this further with Guitar Heart, creating an album full of music that would be tremendously responsive, in a non-obvious manner, to the visual stimulus of the film images.

A.        The pieces were composed and recorded in the downtime between other projects. This was spread out over the course of about 9 months. The general aim was to come up with 4 or 5 sketches per session and present them to Juice, then proceed to work on the pieces that received approval. Pretty much most pieces got approval, which caused us to end up with too much music, so we had to whittled down the final track listing to the 20 pieces that appear on the album.

A.        My acoustic guitar of choice for film scores is a 1975 Martin D-28 with a fat, baseball type of neck and sustain that is somewhat reminiscent of a grand piano. When used against moving images, the guitar is a unique and powerfully evocative voice with a direct emotional connection which is honest in an un-manipulative way.

When appropriate, I strive for the guitar to drive the musical piece, utilizing more traditional orchestral instrumentation to support underneath the guitar, giving weight and scale to the music that feature films require.

I tend to lean more towards the acoustic aspects of the guitar scoring, incorporating various acoustic instruments like 4 and 8 string ukuleles, dobros, mandolins, churangos, 3/4 size acoustics, classical nylon and 12 strings guitars into the mix.

In my case, it’s probably more about the tools that are needed to help inspire and create a film score than the actual make and manufacture of the individual items.

Q.        What project or projects are you working on at the moment?

A.        I’m currently working on some pre-records and musical arrangements for the Warner Brothers film The Lucky One, starring Zac Effron and directed by Scott Hicks, and completing a Christmas movie for ITV in London called Fast Freddie.

Q.        If you were to release the soundtrack to your life, what would it be named?

A.        Guitar Heart would be a good one, or Kissed By An Angel after the most beautiful and wonderful soul on this planet who continually helps me make sense of it all.

Q.        What is one of your favorite movie soundtracks or TV show themes and why?

A.        Unmusical, mechanical sounds that are used to draw attention to situations, like car alarms that cycle through an array of uninspired wailing sounds.

Q.        What is the silliest interview question you have ever been asked?