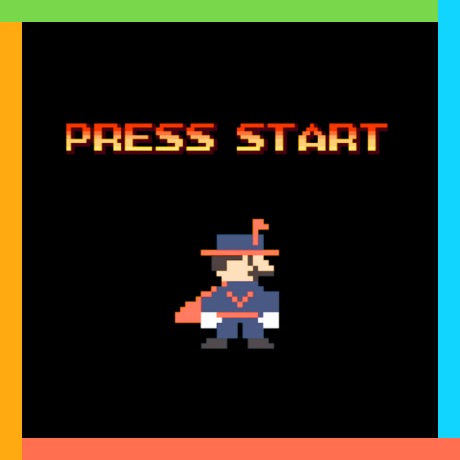 What do college sports and video games have in common? It's not the electric energy you feel when watching a game unfold, but it's the effect both things have on their audiences and fans. For University of Virginia's Director of Social & Digital Video, Steven Leonard, that wasn't hard to see. When asked to come up with a virtual way to get their college's football team schedule out to sports fans at the beginning of the season, Leonard had more in mind than just a flyer. Inspired by the visuals of Mario Brothers 8-bit video game graphics, he used both his creative vision and APM music to bring UVA's virtual football schedule to life.

Using 8-bit music found from APM's music library, the ad features a Mario-inspired character, rebranded as "Super Cavman," after the school's mascot the Cavaliers. His video game animation looks exactly like how it feels to play a vintage game as he's seen jumping from each destination to destination, revealing a date and location for UVA's next football game with every jump. Not only is it exciting to watch, but it also makes sports aficionados and UVA students feel as though they're joining Cavman on his journey to each location, and the potential of their beloved team winning a game is the ultimate prize. 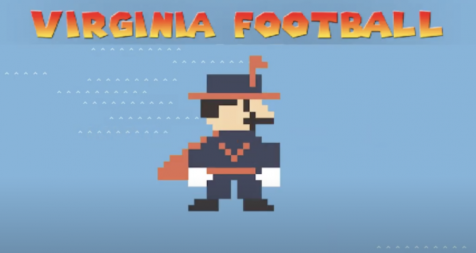 Multimedia & Content Director, Stephanie Soh, revealed how she collaborated with Leonard on the project. "Steven approached me with his idea for this project in late December, with a vision to create an 8-bit Mario-style video to announce our football schedule," she explained. The goal was to have our mascot, Cavman, visit different locations on a map to defeat our various opponents. After many, many FaceTime calls and brainstorm sessions, we settled on a map in the shape of the word, “HOOS”, which is what our fans call themselves. Everything on the map was created from scratch, as I wanted it to not only mimic the classic video game, but to also stand clearly on its own as our map as well. It was very rewarding to see this project come to fruition and the music played a huge role in that. While the sprites themselves stand out visually, they are truly brought to life with the right music. People really resonated with the video’s nostalgia, and it was definitely in large part due to its soundtrack."

From university students to alumni to fans of college football, viewers loved the video so much that the schedule announcement became a viral sensation across campus and throughout Charlottesville! The response to the video became that even merchandise and apparel with the graphics from the video were made and sold.[Text Wrapping Break]

Steven Leonard spoke with APM to give us the inside look at the creative process behind the university's eye-catching 2021 Football Schedule Release and how choosing music from APM brought the ad to life.

What was the creative process like going from the Cavman campaign's initial video idea to going live?

Steven Leonard: Last year we wanted to come up with an idea for our football schedule release that was going to be new and exciting. I had this Mario idea that I wanted to create but we simply didn't have enough time to make something special so I sat on it until this year where I approached Stephanie Soh to help with the art direction of the project. After it went live our fans loved it so much that apparel was made for the video which was completely out of left field for me.

Cavman is our mascot so just creating a fun 8-bit version of him was the inspiration. I wanted it to look and feel like an old 8-bit game with the correct SFX and movements of the old Super Mario Bros game. Steph created some beautiful assets at my request and then it was my duty to create the animations with those assets.

How does the music impact this project?

It helps sell the idea of an 8-bit world for us. It makes the whole video feel authentic. A video can only go so far without proper sound. We were able to find great music that complimented the theme of the video very easily.

What part in this creative process did music get introduced?

It was last in this project because the animation was so taxing. It was beneficial though because we had all the set pieces in place to find the music we wanted and where to put it. Specifically the fight scene with the HokieBird I knew I wanted something more upbeat and tense so it was just a matter of finding something that fit that tone.

How did you go about selecting music for this project?

Whatever fits. 8-bit Chiptune music is repetitive, fun and quirky. It unlocks a nostalgia that so many people have. For the majority of the music I wanted to have something that seemed familiar while also making sure this was going to enhance the viewer's experience.

What about the APM tracks you chose that made sense for this project?

So many things. Pacing, tone, themes. I tried to make sure wherever a track was being placed that the tone and vibe of the video and visuals matched. Again, I think about the VA Tech level. That one really embodies how much APM was able to help out and give accurate music to help tell the story.

What is your favorite feature about searching for music within APM?

I like the "Discover" page the most. It's frequently updated and allows me to find new things that other schools or professional teams may not have used yet. For this video the generic search was just fine. IT was accurate and gave plenty of options.

What part of this project was special to you?

Honestly not one thing was more special than the other. This may sound corny but I am just happy that the vision was completed and it was the way I wanted it to be. There were very little changes made from the first draft to the final product and as a creator that is something that really makes me happy. It really was my idea that saw the light of day and the positive reception was just the cherry on top.

Would you recommend APM Music to your colleagues and why?

Of course. It's a great service that allows you to use thousands upon thousands of songs for your social use. It's pretty much the standard at this point.