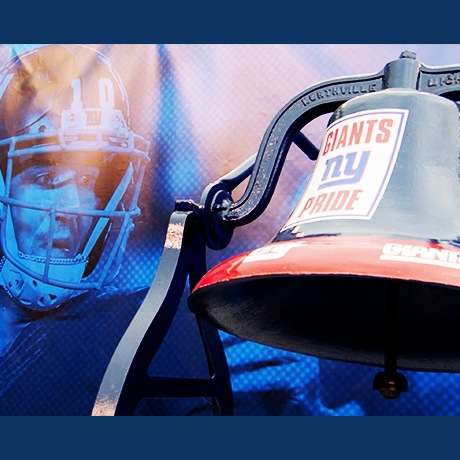 How The New York Giants Scored Big On Music

Imagine a New York Giants broadcast or a live game without music. You can't. Music is an integral part of football culture. From the iconic Monday Night Football Theme "Heavy Action" to every video product that the league and the teams produce, the quality of music is critical to get everyone excited.

Don Sperling, the New York Giants Entertainment Vice President and Executive Producer, wanted to add music to a video that is key to the live experience. So, he reached out to APM for solutions. While APM has the world's most extensive music production library, this specific ask needed something else. Enter APM Custom Music.

"We have an animated open that is played right before the players run out of the tunnel," Don said. "It's important to us because it's obviously where the fans really start to get excited and so forth. So it (music) has to be big, it has to be exciting, and it has to be robust."

The New York Giants have a new coach and team with a new attitude and culture, so he was looking for music to match it.

"We wanted to marry that big, bold, adventurous music with a little bit of Hip Hop, Don said."

That is a tough ask, so Don spoke to APM Account Executive Matthew Gutknecht, who connected him to APM Custom Music Creative Director Robert Navarro.

"We started to talk about what we wanted. They had a nice discovery in terms of where the Giants have been in terms of their music and what we've done in game day and years before," Don said. "We really talked and came up with this concept, and then we got going."

It was a personal project for Robert and Matt, who are originally from New York and New Jersey, respectively.

"On our creative call, Don and the Giants team drive home the importance of nostalgia for the Giants, New York, and football at large," Robert said. "It wasn't hard for me to envision what they were after drawing from my own personal feelings on the matter, and I immediately knew who to send the gig to."

The job of a creative director is more than just taking calls and sign-offs. Vast musical knowledge and solid relationships with composers and producers are imperative.

"Mitchell Marlow and Josh Collins have been working for me for several years now (for custom gigs I've been involved with both inside and outside APM). They are individually two of the most relented producers/composers I've ever had the pleasure of working with, and when they join forces, they are next level," Robert said. "Mitchell drew from a sound pallet inspired by what football fans hear in their heads when they think of their beloved sport and what they are familiar with, and Josh added contemporary Hip-Hop elements to underscore the Giants today and drive the soundscape home."

The APM Music library is vast and deep and, for the most part, can provide music for all types of projects. But sometimes, a vision comes along that requires something that does not exist. So a brand new track with precise specifications was the solution Don wanted to bring his vision to life, and APM was happy to provide it.

New York Giants fans from the tri-state area have a certain unique vibe. You can see it from the way they walk and talk. And to get these avid fans to buy into the live experience, the music must be on point. After all, sports are part of local and national culture.

APM nailed it by diving deep into the team's history, clearly understanding the fans, and possessing extensive musical knowledge. The dedication, expertise, and attention to detail separate APM from the rest.

"Like with any custom gig, there were internal revisions, so I requested the boys to address them before the track was ready to send to the client. But Mitchell, Josh, and I have such a great working relationship and shorthand that we were able to tweak the track with little or no difficulty," Robert said. "In the end, the final draft was well-received by Don and the Giants team - and we couldn't be more proud of the collaboration."