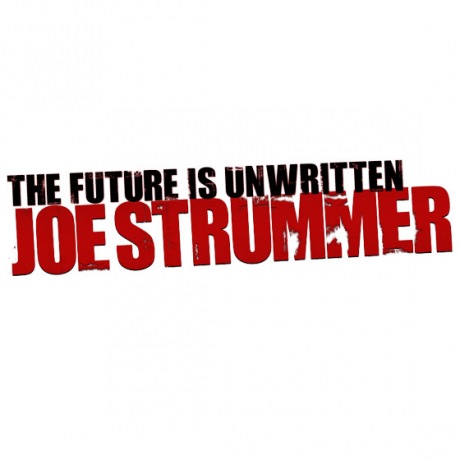 Ded Good track in film trailer for The Future is Unwritten

The film, charting the life of punk rock messiah Joe Strummer & his band THE CLASH, was made by Film 4 and featured the Ded Good track "Bad Love."

The latest ‘Future is Unwritten' trailer was made for the Film 4 preview of this epic rockumentary which received rave reviews last year. The cut, "Bad Love," a raucous slice of anthemic rock-history, by stalwart Ded Good Music composer Richard Brown. The track was taken from the album Uber Cool (CDGML 8600) one of Ded Good Music's most authentic indie rock albums, much favoured by British TV & filmmakers.

The trailer, aired throughout November and was part of Film 4's teaser campaign to raise the profile of Temple's controversial tribute. Said Temple of Strummer: ""Joe brought other things to punk," and indeed Temple's film brought other sides to Strummer, the man who defined, yet refused to be defined by, the righteous ire of 1977. Ded Good Music were delighted to be included in the Channel 4 premiere, feeling that Strummer's role in music's rich history should never be forgotten.

The documentary itself aired on November 26th receiving record viewing figures and was part of Film 4's season of Inspirational Greats. The film won plaudits industry wide, including the much-vaunted Mojo Vision Award and the Best British Documentary Award at the British Independent Film Awards for it's searing picture of the London musical genius.

Richard Brown is one of Ded Good Music's most sought-after commercial composers, who has worked with a range of musical icons including Bjork. He also forms one half of commercial dance duo Swag and is recognised as one of the UK's most exciting independent talents. Through Ded Good Music his work on TV and film continues to gain recognition and his unique style remains one of our most popular. Richard Brown as the indie rocker is also widely enjoyed - with his contributions on Uber Cool (CDGML 8600) and Uber Cool 2 (DED102) getting maximum usage, both albums are perfect for high-action drama and sports.

The trailer can be viewed below or by clicking on the link: