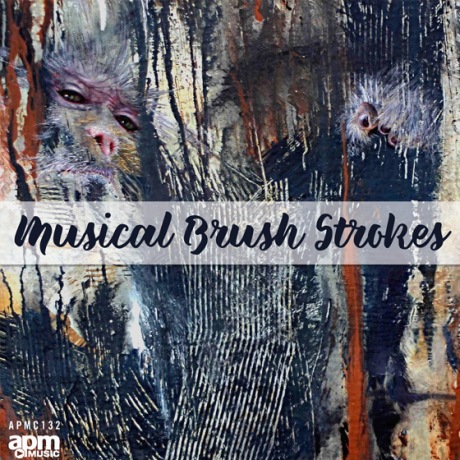 Geoff Levin often welcomes musical experimentation which can be seen throughout his career. Prior to his current success, he was guitarist for Billboard topping late- 60’s Rock band, People! and one-third of the Drama-Logue Award-winning musical storytelling band, Celestial, with Geoffrey Lewis. He has performed with icons including Jerry Garcia, Jimmie Spheeris, Van Morrison, The Doors and many more.

He has composed for industry leaders such as Grumman, Apple and Microsoft. Along with music placements in popular shows like SNL, Game of Thrones, and Friends, his work also includes composing the iconic theme for Turner Classic Movies’.

His latest release, Musical Brushstrokes, showcases Levin's ubiquitous and unorthodox approach to projects. Musical Brush Strokes is a union of emotional tonescapes with electronic combinations and ethnic overtones inspired by the famed abstract art of Bobbie Moline-Kramer. We sat down with Levin to learn about his process of turning art on canvas into song.

1. How were you introduced to Bobbie Moline-Kramer’s art?

Through an online dating service. We were both looking for long-term relationships. When I found out she was a fine artist I asked to see her work. The first painting she sent me was an abstract titled "Electric Tundra" which evoked a very specific feeling. I started writing it with a hi-strung guitar and it pretty much flowed out. It seemed a good blend of acoustic and electronic instruments; when I look at the painting now I hear the piece I wrote. I think there was a secondary purpose for writing to the painting. It was a way to impress her. Kind of my colorful peacock feathers to dazzle her in the mating game.

2. What was it about Bobbie’s work that sparked the idea of creating Musical Brush strokes?

All her work is evocative and each painting elicits a certain musical inspiration. It was really when I visited the gallery and could see her paintings hanging there together that I could hear music that created a specific sonic atmosphere for all the paintings. At that point, I realized I had to produce an album… Musical Brushstrokes was born.

Most galleries do not have music created for the specific art. It's a shame as it makes the experience of looking at the paintings richer. Of course it has to be the right music. Just look at a film where the music was wrong, it spoils the experience and sends a wrong message.

My intention became to create an album that could be looped to create a musical score that puts a viewer in the mood immediately. Of all our senses sound registers the most quickly.

3. How is the process different for composing for paintings as opposed to film?

Hah! With a film, many aspects dictate what I write:

a. What the director or producer thinks he or she wants.

b. The length of the scene.

c. The character or characters in the scene.

d. The message of the scene.

e. The message of the movie.

f. The style and genre of the location, time-period or characters in the movie.

g. What comes before the scene and what comes after.

h. The type of action occurring.

I. The type of dialogue.

J. Is it opening or closing credits?

In a nutshell, that is how much the music is influenced before I even write a note.

With a painting, there is freedom for me to create whatever I get or feel from the painting.

4. Bobbie’s painting are abstract hyperrealism and at times can be impressionistic. In your process, how did you translate those concepts to song?

Well, these are technically not songs because they have no lyrics. They are compositions. In the case of the paintings that included hyperrealism, I responded to the place, animals or character in the painting. I would also find out the back-story, do the research online and find out what stimulated Bobbie to paint that place or living thing. Then I would capture sounds that came from her subjects. I would often make instruments that I thought embodied the subjects of her paintings.

5. What did you enjoy most about creating Musical Brush Strokes?

Experimenting, making instruments, letting music come out spontaneously and then hearing the music being played by other musicians. And lastly, the freedom to let the music come from my core spirituality.

6. What is the joint message that both Musical Brush Strokes and the paintings provide?

The mixture of the chaos and beauty of life that occurs in nature. Underlying that, the connection to spirituality and a higher level of consciousness that I believe exists.

7. What should we listen for while listening to Musical Brush Strokes?

I think the music is there to evoke emotion and the feelings of the paintings.

One thing that can be listened "for" is the recording itself. My co-producer Bruce Chianese and I took a lot of care in mixing the compositions. And as I said there are many acoustic sounds that were created by homemade instruments or instruments I own. Also, I think listening to the performances of the cello artist and woodwind artist are worth focusing on.