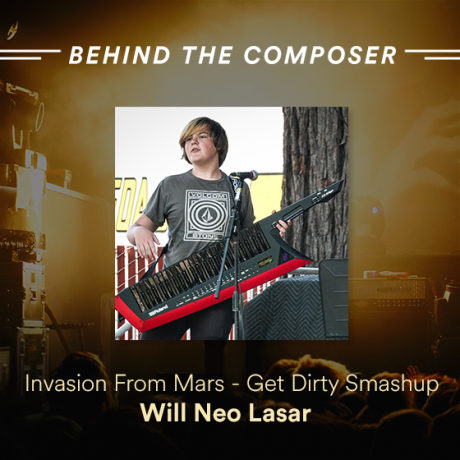 Behind the Composer: 15-year-old Will Neo Lasar debuts his first Contemporary Rock Metal Album with APM!

The newly released album Get Dirty Smashup is composed by 15-year old multi-instrumentalist and producer Will Neo Lasar, with additional production and mix by Nick Page (The Darkness, BB King, Dave Grohl, Fuel, and The Bronx, to name a few.) Let’s find out how this up-and-coming star came to be APM’s youngest composer ever!

Will Neo Lasar started learning and creating music by ear as a young child, using keyboard and drums. A quick study with perfect pitch, he was able to go deep into any harmonic structure and immediately jumped into all styles of music including Rock, Pop, Electronic, Sound design, and Jazz. By the age of 7, Will was proficient on guitar and keytar, promptly laying down the foundation to becoming a well-rounded musician.

Will then expanded his formal music knowledge at the Napa School Of Music in Napa, California, where he was able to focus on learning individual instruments while taking vocal lessons and participating in several themed programs. One of these programs, “Garage Band 101”, provided Will with the opportunity to perform with other students at a local public venue, in front of a live audience.

Now 15, Will dedicates considerable amounts of his time in the studio, recording covers and originals using his Logic Pro X workstation. He is extremely passionate about producing his own music and makes collaborating with others through virtual music sessions part of his daily routine.

Get Dirty Smash Up delivers a hard and relentless punch, suitable for any adrenaline and extreme sports content, and feels like the precursor album to many more. In fact, Will Neo is currently working with American Idol singer Kason Lester to create their first single "The River" in the commercial market, due for release in late 2021.