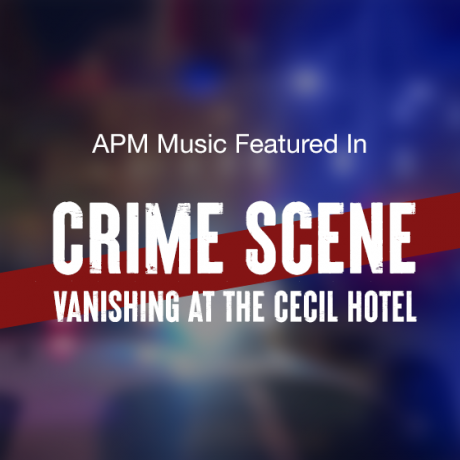 
Although it's quite self-evident to say every city is full of history, some landmark buildings inexplicably possess an air of mystery that remind us we may never truly know the full story behind them. This is especially true for the infamous Cecil Hotel, a dauntingly eerie brick building that currently sits nearly empty in the heart of downtown Los Angeles. Throughout its dark and storied past, the 15-floor hotel has been the location of at least sixteen tragic deaths and countless brutal crimes since first opening its doors in 1924.

From counting serial killers Richard Ramirez (better known by his alias the Night Stalker) in the 1980s and later Jack Unterweger as guests to being riddled with a myriad of stories about suspected paranormal activity, the Cecil Hotel has found itself at the center of conversation for decades. To this day, many attest to how the building seems to radiate darkness instead of the opulence it was originally designed to exude. Netflix's new true-crime docuseries "Crime Scene: Vanishing at the Cecil Hotel" explores the backstory behind the property, examining how it went from a lively tourist destination with a promising future to being notoriously nicknamed "hotel death."

With its ornate architecture, swanky marble lobby and stained-glass windows further setting the scene, the lore surrounding the Cecil Hotel is part tragedy and part mystery, full of unanswered questions, devastating loss and a cautious optimism to break its dark curse moving forward. Such compelling subject matter calls for a haunting soundtrack to match, as well as becomes a playground for musical supervisors to dive deep in search of tracks that are chilling, suspenseful and full of menacing drama. APM Music's extensive catalog is a legendary mecca for such projects, leading Netflix to entrust the APM team to help bring the four-part series to life.

As exemplified in the trailer and throughout the series' hour-long episodes, chronicling the intense history of the Cecil Hotel requires great attention to detail and care, particularly when following storylines such as the harrowing disappearance of 21-year-old college student Elisa Lam. Two years after the Cecil Hotel underwent an rebrand and became The Stay on Main, a nod to its street address and an attempt by its new owners to distance the destination from its nefarious reputation, Lam was reported missing while staying in one of the building's hostel-style shared rooms. Three weeks later, her body was discovered in a rooftop water tank and the story of her tragic passing made national news. Although Lam's death was later ruled an accident, the heartbreaking incident raised suspicion and resulted in numerous theories about her disappearance.

With a newfound curiosity in the hotel's terrifying reputation being explored in Netflix's "Crime Scene: Vanishing at the Cecil Hotel" series, the accomplished and knowledgeable team at APM was tasked with effectively scoring its horrific scenes, expertly bringing in music that builds tension and features nightmarish rhythms. Notable placements include an offering from composer Thomas Harrison, whose track "Deleted But Not Forgotten" features subtle synth pulses that grow in intensity as the instrumental unfolds, as well as composer Ceiri Torjussen's "Open Portal," an orchestra cue that stirs audiences with dramatic percussion, distant reverberant piano and jarring string harmonics. These songs, which are part of the Lemoncake and Chalk libraries respectively, speak to the nuance that goes into scoring tense moments.

Designed to accent scenes that are as pensive as they are petrifying, composer Dimitris Mann's "Tales of Horror" (Red Matter library) employs percussive and acoustic elements to carefully construct feelings of the looming unknown, organically rising in weight to build an emotive wave of fear. Elsewhere throughout "Crime Scene: Vanishing at the Cecil Hotel," songs such as Ethan Maltby's "It's Behind You" (The Box library) bring a more energetic quality to suspense than other more subdued songs. Such a selection helps showcase how mysterious soundscapes don't necessarily have to be looming compositions in order to be successful but can also be fantastical by nature and achieve the same enticing result. Given that the Cecil Hotel's tainted legacy offers no shortage of material to work with, even loosely inspiring the fifth season of "American Horror Story: Hotel," the building's dark mythology is best accented by a score comprised of jarring, intriguing and mystery-stirring tracks.

For music suggestions that are guaranteed to captivate true crime junkies, bring hauntingly dramatic plots to life and amplify the voices of those who need to be heard with great responsibility and care, APM Music is honored to lend its expertise and vibrantly vast catalog.

Check out the official trailer for Netflix's "Crime Scene: The Vanishing at the Cecil Hotel" below. Now streaming exclusively on Netflix.

For more information about how to partner with APM for your next production, please get in touch here.