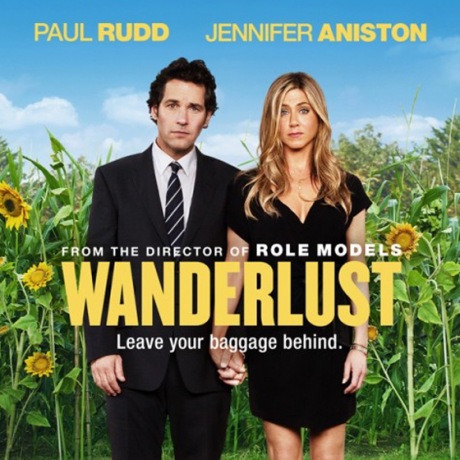 APM Music is thrilled to have two tracks featured in the new film Wanderlust, starring Jennifer Aniston and Paul Rudd.

After you travel to the theatre to see this film, listen for "Bushlands" (BR 345 #16), a slow, atmosphereic ancestral journey.

What's the film about?

When does the film open?

Wander to the theaters on February 24th