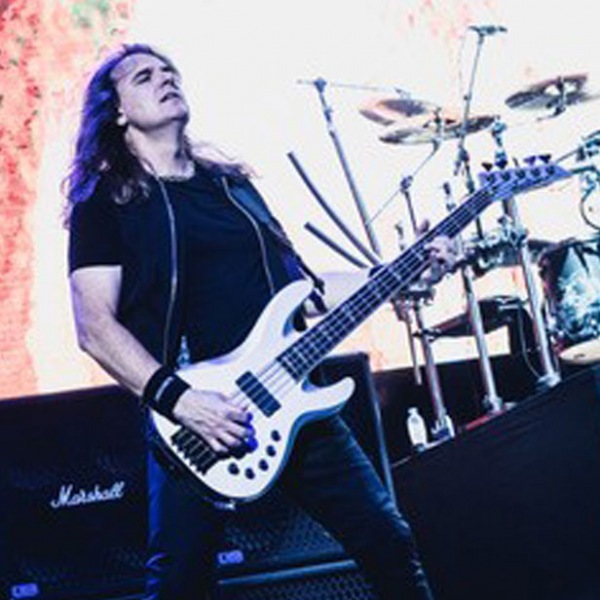 David Ellefson is the electric bassist and co-founding member of Thrash Metal titans MEGADETH, a member of the thrash metal collective known as the BIG 4, alongside METALLICA, SLAYER & ANTHRAX.

David’s aggressive plectrum style of bass playing has been at the foundation of MEGADETH’s vast catalog of metal classics from the beginning, including “Symphony of Destruction”, “Peace Sells…But Who’s Buying”, “Hangar 18”, and “Holy Wars” to name just a few.

In 2016, David and the band recently enjoyed a Billboard hit with their 15th studio album “Dystopia” which landed in the #3 spot on the Top 200 album chart. Far from their first major accomplishment, Megadeth has been awarded numerous gold and platinum awards, 13 Grammy nominations and has sold over 30 million albums worldwide during the span of their 33-year career.

Ellefson’s canon of literary works includes his music business self help guide “Making Music Your Business…A Guide for Young Musicians” (Hal Leonard) and his autobiography “My Life With Deth”  (Howard Books/Simon & Schuster) which was co-written with BGM editor Joel McIver.